Liquorice or Glycyrrhiza glabra. It is a perennial herb with a strong root system forming a deep-seated and complex underground network. Leaves are imparipinnate, flowers are white and purple gathered in sparse axillary racemes. Fruits are oblong with 1-8 seed beans. The entire underground part of the plant is gathered as the raw material called liquorice. 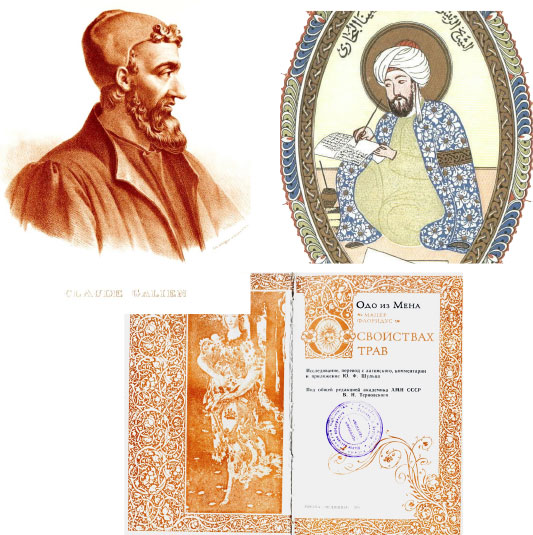 It is an ancient healing herb with sweet taste already known since immemorial time. Theophrastus recommended "Scythian root – licorice" in respiratory diseases. In the 1st century AD the eminent Greek physician Dioscorides called the plant by the Scythian root Glycyrrhiza, and Romans gave consonant to their language name Liquorice. Pliny called it radix dulcis (sweet root). Such reputable physicians like Hippocrates and Galen have widely used licorice roots in their drug compositions. The famous physician Avicenna has recommended licorice roots in kidney and bladder diseases, gastritis, fever and pulmonary diseases. Licorice was also popular in medieval Europe. The French scientist and physician of XI century Odo of Mena have made very accurate characteristics of its therapeutic properties:
"Truly, they say that a lot has licorice
Properties: it is low heat and sweet and moist as it;
Helps the throat in those, who suffer from cough, and treats
Chest and lungs depth warms, licorice heals.
Thirst treats and everything that harms the stomach expels"

Licorice is greatly honored in Chinese medicine. According to Chinese physicians liquorice root rejuvenates the body, so it was valued almost as highly as the legendary ginseng. The licorice has been used for centuries as an expectorant in whooping cough and the coating agent as well. It is used in pulmonary tuberculosis and dry bronchitis, and also in the treatment of stomach ulcer. The powder, dry extract and syrup are widely used both as separate medications and as part of complex multicomponent formulations.