Mullein is a two-year plant of Scrophulariaceae family, with height up to 1.5 m. It grows in open areas mainly in the sandy soil, over the rocky places, forest edges, near the roads and houses. Corolla gathered at the early blooming with honey aroma and sweet taste is used. The chemical composition of mullein flowers is extremely varied. This material contains saponins, flavonoids, glycosides, carotene, mucus, sugars, organic acids, mineral salts and terpenoids. 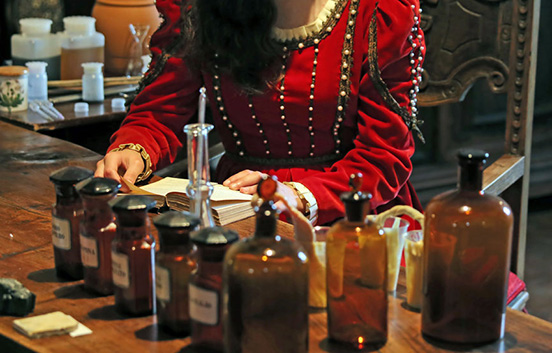 Mullein flowers are used in medicine. Unfortunately, contemporary physicians do not use this plant since its pharmacopeia status was lost after 1969 due to depletion of the raw material sources in the URSS. The denseflower mullein was popular in traditional medicine all over the Europe, in Russia it was called tsar scepter, in Prussia a royal candle, and in France it was named the torch flower. All these names reflect the appearance of the plant flower stalk.

The flowers brew was used in traditional medicine as emollient for coughs, shortness of breath, bronchial asthma, pulmonary tuberculosis, bronchitis and the upper respiratory tract catarrh. The same brew may be taken as laxative, in skin diseases (herpes, boils, eczema). In Germany, it is used as alcohol tincture for the treatment of the facial nerve inflammation and hemorrhoids.