Star anise or anise star – tree up to 10 m. Fruiting starts when the plant is 10-12 years of age, but young trees are harvested no more than 2 kg of fruit. The maximum yield is characterized by plants that have reached the age of 40, from which up to 200 kg of fruits are harvested per season. The fruits of the star anise was included in many editions of Russian and European pharmacopoeias. Pharmacopoeia raw material is represented by dry fruits, consisting of 7-10 woody, divergent rays, located around one short common cylindrical axis of the stalk. The smell of anise star anise, the taste is sweet and fragrant. Fruits contain up to 5% essential oil, the main component of which is anethol. The smell of the essential oil of star anise resembles anise oil, but with a more complex bouquet. 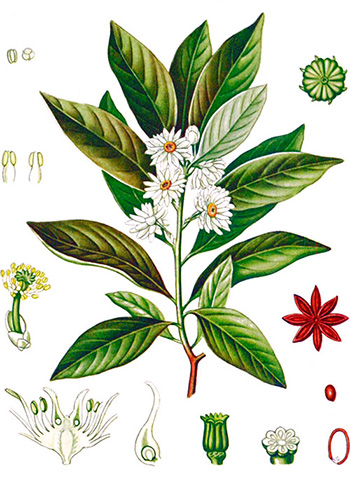 The birthplace of anise – Southeast Asia. The first historical information about star anise dates back to the X–XI centuries, when during the song dynasty issued a decree obliging the southern Chinese provinces to collect badyan as a tribute to the Imperial house. In the" Canon of medical science " Avicenna fruit badyan mentioned more than 30 times.

In Europe, badyan came in the XVI century, and the first Botanical description of the plant is contained in the manuscript "Histoire des Drogues", dated 1694.

The fruits of the star anise are used as a mild expectorant on their own and as part of the hebal mixes. 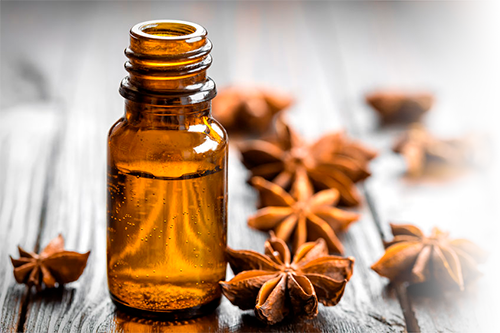